The boy’s hockey camp is a great place to learn the skills that will improve all facets of hockey playing development. Under the supervision of Gee-Gees men’s hockey head coach Patrick Grandmaitre, you will have fun while learning new skills...guaranteed!

In these camps, kids will be on the ice on two separate occasions throughout the day where they will work on all the various skills of an elite hockey player. Power skating, stickhandling, shooting, conditioning and more will be practiced daily. On top of this, there will be swimming, off ice training, stretching, games and movies!

All of our camps are offered bilingually.

END_OF_DOCUMENT_TOKEN_TO_BE_REPLACED 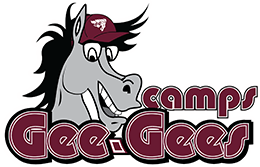